Yeah right!
So what is the purpose of this Iraq inquiry? To mock democracy? But even that is rather costly.
Anyway, no change will come from this. Why does media even cover this farce? 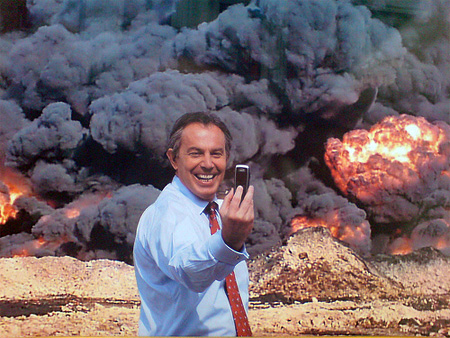 Meanwhile, some other religious terrorist named Osama bin Laden, a mass murderer who owns his fortunes to oil, makes public complaints about other people polluting and benefitting from, oil!
Stupidity has no limits.
Welcome to 2010!